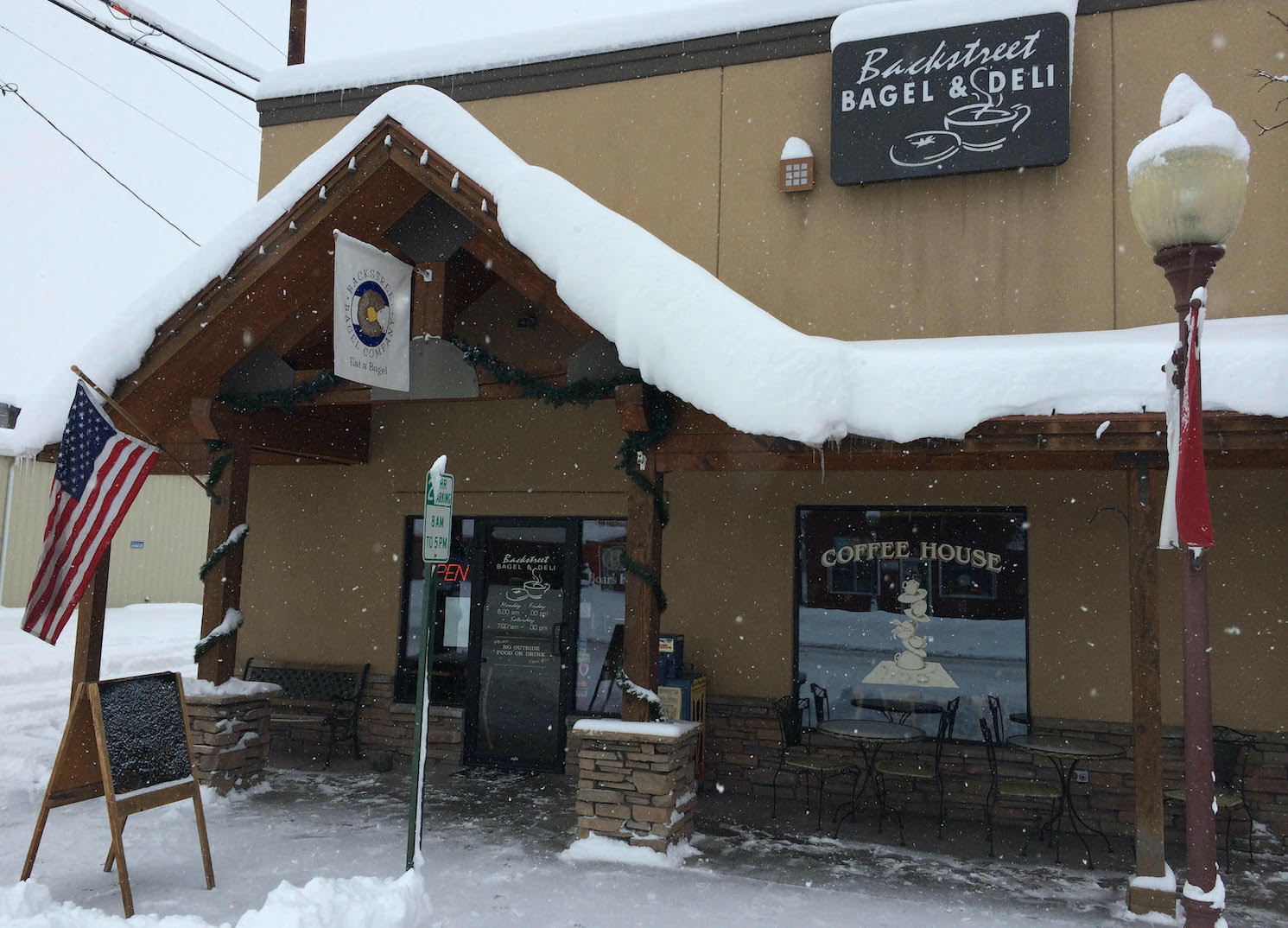 At Backstreet we're all about breaking stereotypes. It’s easy to picture a bagel and coffee shop in a chaotic downtown city setting. No doubt this is where the concept of fast, casual and delicious was born. It may be equally easy to picture a sleepy agricultural town in a river valley below massive jagged mountain peaks. This is where slow, casual and basic lives. Having no issue with slow, casual or basic we still recognized the desire for a slice of the city culture in our sleepy little town.

Our founders had the original idea. With the city in their blood and the recipes in their brains, they set up shop in Montrose nearly a quarter-century ago. On a small scale they introduced something most in this area had never experienced: the New York Bagel. Eager to join the experience, locals welcomed the concept in Montrose but those original owners couldn’t get the city out of their blood. Passing their craft to a local woman and her New Jersey-Italian husband the brand had a chance. With roots in both cultures, the new couple grew and developed the idea of Backstreet for 15 more years. My wife and I bought the business in 2014 and only later did it occur to us that Debbie being from Cranston, RI still provided the heart of the city and, well, having been raised locally, I suppose I provided the Western Colorado soul.  If you pay close attention we believe you will feel both cultures when you join us for a meal. We sincerely hope you will find it is the best of each.

Our Bagels
‍‍We take pride in our authenticity.

Thousands of years ago we humans figured something out. We learned that by dropping simple aged dough into boiling water before baking it on stone, the result would be a chewy, yet soft, yet crispy bread-delicacy unlike any other roll or loaf previously baked. The bagel was born.

Over centuries, bagels gained popularity as artisan bakers perfected the craft and experimented with different flours and flavors. Fast-forward to modern times where we have a natural tendency to try to improve on what might be considered perfected. Can we get that chewy texture with a jet of steam? Almost. Can we automate our batching and baking process with technology and robots? Sort of. Can we preserve the product with chemicals and ship it around the world? Maybe. At Backstreet, however, we realize that each“improvement” may increase profit but comes at a different cost. There is a loss of quality when you remove the human baker and all his or her senses from the equation.

We stubbornly believe bagels are meant to be made from scratch. We believe bagels should be eaten the day they are baked so we get up before everyone to make them, every single day. With as few ingredients as possible, we batch and age our dough. We boil them then bake them on wet burlap before flipping them onto very hot stone. It’s messy and labor intensive but we know how they are supposed to look, feel and taste. We know that when you try them you won’t go back to machine-made bagels from the grocery shelf. We love our job.

At Backstreet we bake at least 15 flavors of bagels every morning. We believe our bagels are the best in the world. Maybe it’s the water that melts straight off the San Juan peaks. Maybe it’s the arid high desert climate that creates the perfect environment for aging the dough. Or maybe it’s just the love we put into our work at Backstreet Bagel Company.